A beautiful sunny day of around 24 degrees in which to explore the northern shore of the sea - and a sea it really seemed today with a strong easterly wind, white horses and breaking waves.

First stop was the church of the Beatitudes overlooking the lake. A subdued morning prayers on a wall outside the church - apparently the bishop remembers being scolded in the past by a nun for praying too loud, then on to the site of the feeding of the 5,000. A Byzantine church built on the rock which the early pilgrim Egeria (thanks for the background Nathalie) recalls, along with several of the other sites, which was lost until the early 20th century, and was rebuilt in the 1930s. Not to the approval of everyone (I have to avoid as much punctuation as possible because of the weird keyboard layout here) and a year ago four extreme Zionists made an arson attack on the site. Luckily the church survived and restoration is underway.

Then to the seaside and the location of Peters restoration as recorded in John 21. A chance for Petra to paddle in the breakers and it was getting so hot by then we all wished later we had followed her. Had a refreshing drink of freshly squeezed pomegranate (so much easier when someone else deseeds it for you) and then on to a local restaurant for a meal of grilled St Peters fish. (Ive given up trying to find the apostrophe). I dont know what St Peter thought of it but he was probably a lot better than we were at taking the meat off the bone.

After lunch we made a hurried visit to ancient Magdala just across the road. This hadnt been on our itinerary but apparently it was only discovered six years ago. Our guide on the site was an incredibly enthusiastic amateur archaeologist called Mike who checked which religion we were all from and then said he would give us the Christian version of the tour. His main problem was that he had been told by our tour guide that he had 15 minutes to take us round what was, in his eyes, not just the most important archaeological site in Galilee but probably on the whole planet.

As a result of an emergency dig a previously undisturbed 1st century synagogue had been discovered a few years before. Whereas up until now we had been shown buildings which sat on the foundations of buildings which themselves sat on the foundation of other buildings which had been there in the 1st century AD, this was a synagogue which they knew for certain had been destroyed in the year 67 AD soon after the defeat of local Zealots by the Roman army. Among the ruins had been discovered a carved stone which was a representation of the temple in Jerusalem and a coin that could be accurately dated to 29 AD. The years of Jesus ministry in Galilee are generally thought of as being from 29-33 A.D. so, according to our guide who was practically bursting with enthusiasm at this point, if Jesus had come to this synagogue then he would have seen and sat on the same stone seats, carvings and wall decoration that we were looking at now. This was pretty impressive and I really felt for the guide when he told us he had only 2 minutes and 30 seconds left of his tour.

We then shot off on our coach to the other side of the lake tucked under the Golan Heights to undertake our boat trip. It had been considered too rough earlier in the day for us to go out even though we had two bishops with us whom we felt could have dealt with anything amiss. We chugged out about 100 metres and the engines were turned off while we read the accounts of the calming of the storms. It did get a bit windy at one point but we were undeterred and on our return witnessed the off loading of a drift net full of fish which was being hungrily raided by egrets and sea-gulls.

Back to the hotel for our last night in Galilee. Evening prayers in a cool breeze on the verandah just above the shore and then time for a quick quartet rehearsal before dinner and evensong. Early start tomorrow because we have to go the long way round, west of the West Bank, to get to Bethlehem because of the security problems here at the moment. (RL) 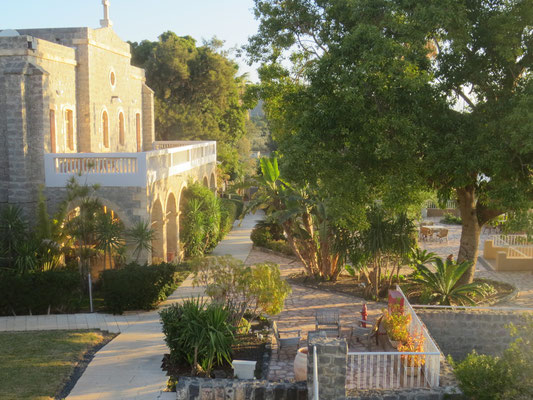 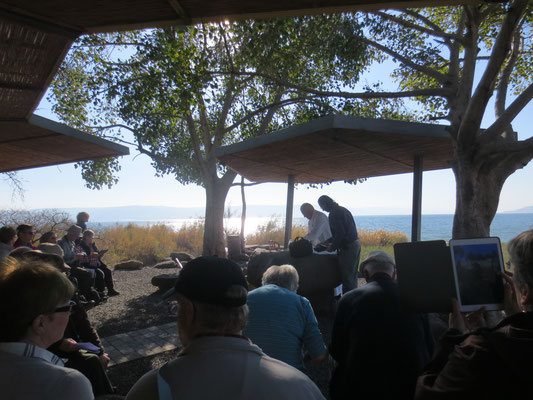 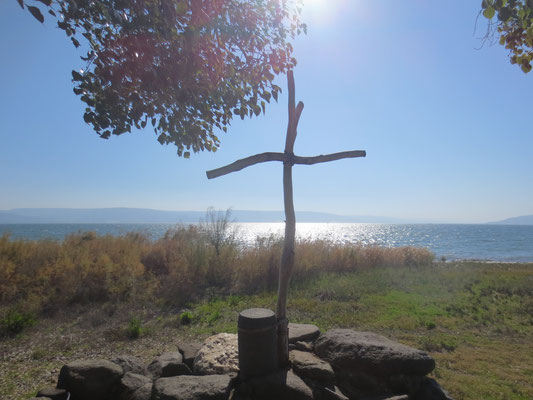 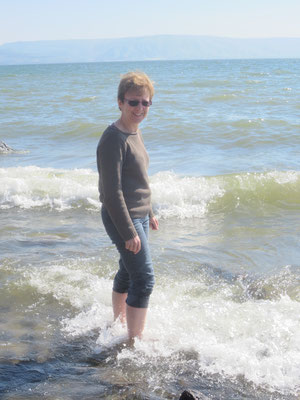 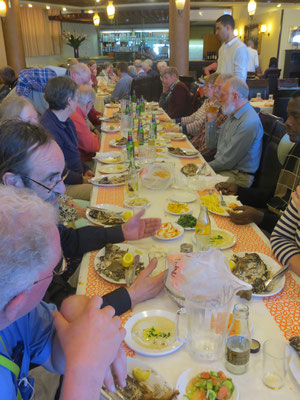 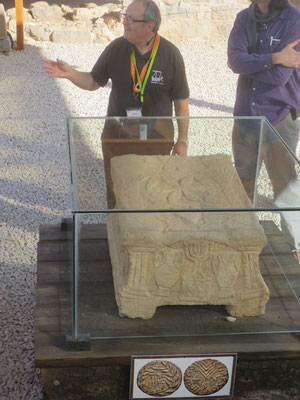 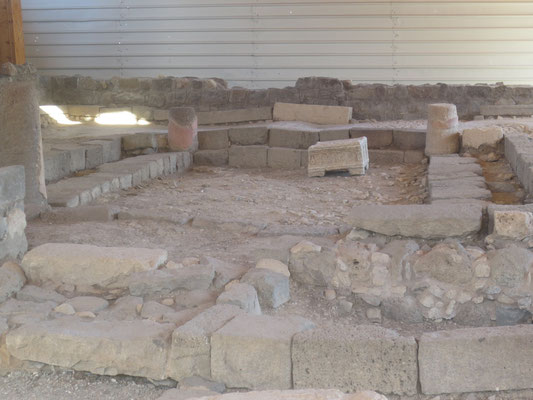 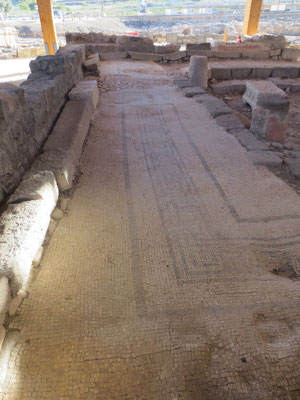 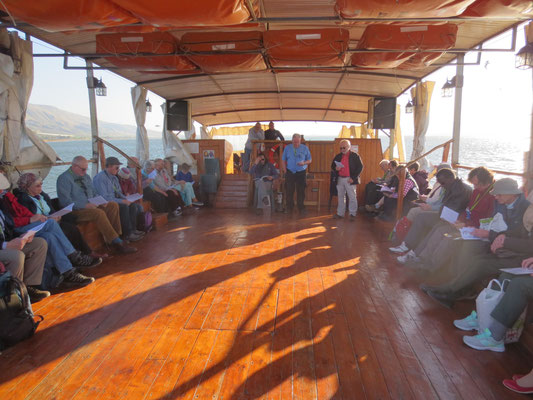 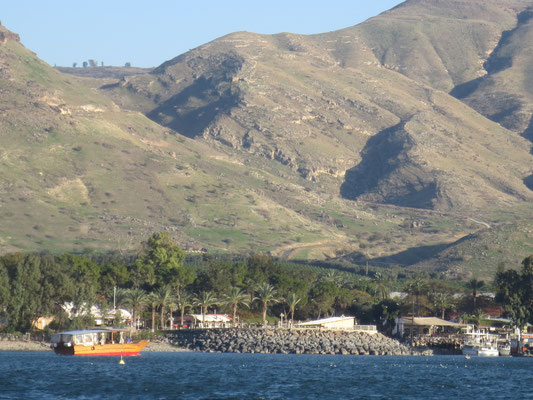 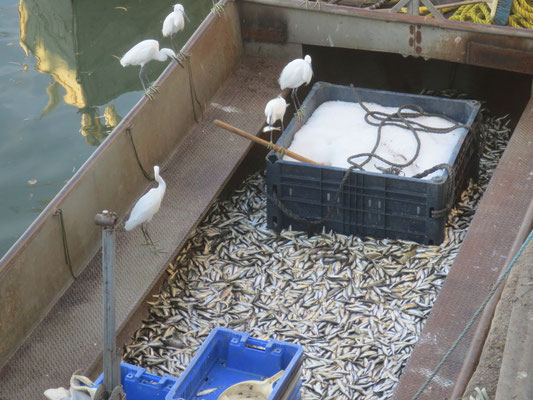