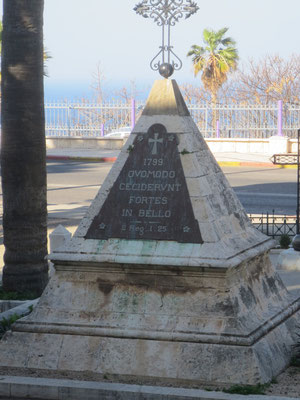 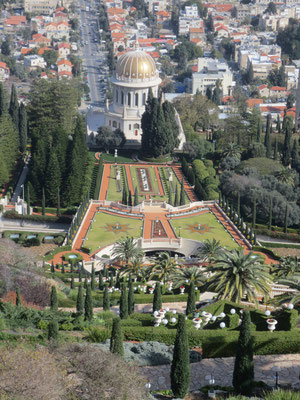 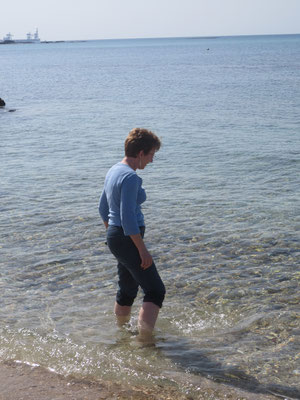 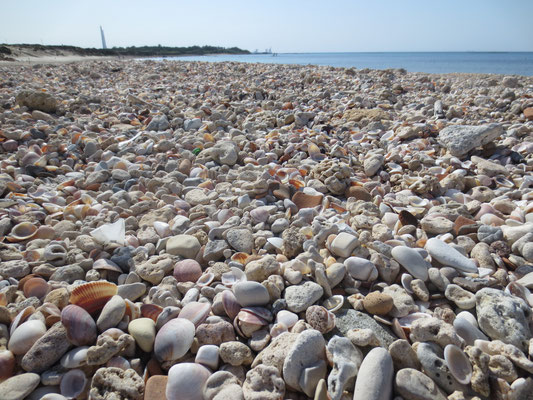 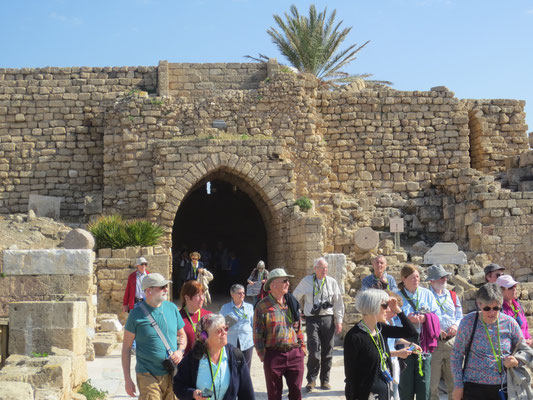 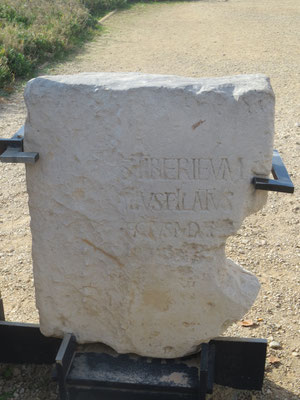 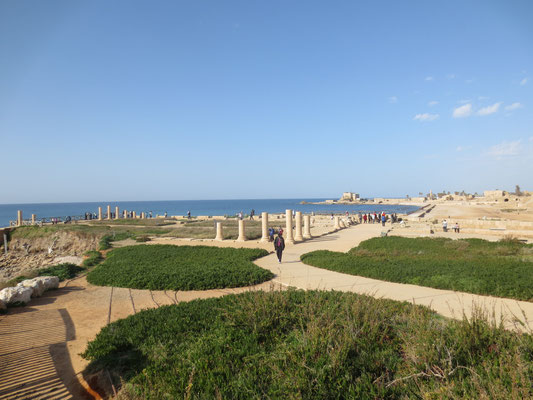 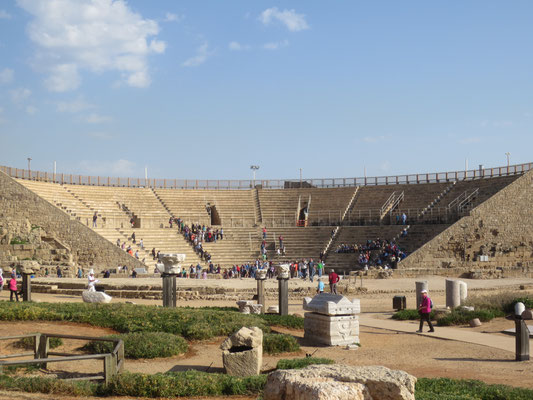 From Roger: More acceptable wake up call at 6.30 this morning. We had to leave at 8 and after ten minutes we were well into morning prayer on the bus when suddenly we turned around and there was a head count. Some heads were missing and at first no-one was quite sure who they were but after ten minutes wait at a service station the lost heads arrived and we were on our way again.

First stop was Haifa and the Carmelite church on the site of one of the many caves Elijah was supposed to have hidden in after defeating the priests of Baal. The monastery was also the site of a Napoleonic hospital. There was a fantastic view from the mountain over the city and port of Haifa (which I can't show you at the moment because my memory card reader has let me down).

We made our way further down the coast, through a Druze village, to get to another Carmelite church overlooking the coastal plain. Then on to Caesarea. I had forgotten how much this Roman capital city features in biblical history. Founded by Herod the Great, base of Pontius Pilate, place of Paul's interrogation, much is very well preserved such as the coastal aqueduct, hippodrome, theatre and palace floor plan. There is even an inscription mentioning Pontius Pilate and it is possible to identify the ante-chamber where Paul might have argued for his right to be tried as a Roman citizen.

After lunch and a tour of the site we drove to Bethlehem via Jerusalem. On the way the bizarre system of land classification and segregation that controls the Palestinian West Bank was explained to us. The 'access road' to Jerusalem showed us more clearly than before the extent of the barbed wire fencing demarcating territories.

We arrived in Betheleham and went to the fair trade cooperative gift shop. Many very attractive artefacts made from olive wood, mother of pearl as well as painted icons including many brought out of Russia.

We arrived at our hotel, the Casa Nova, at 6.30. The planning had been a little out all day but it was agreed we should eat at 7.30 and then celebrate communion at 8.30.

There is the option of a 5.05am mass on the main church tomorrow morning. I wonder how many will be there?