A cold day that deemed get colder as the day progressed. But no matter! We had lots to see.

First stop was the Mount of Olives - the top. Here is the church on the site of the cave where Jesus is said by some to have taught the Lord's prayer. Just in case we had forgotten the text it was helpfully shown on ceramic tiles in 153 different languages around the walls. There in front of where had stopped was the native language of our Rwandan bishop and there behind us in an exotic alphabet was the Lord's prayer in Cherokee. Unfortunately we didn't have anyone who read that out.

Further down the slope there was a panoramic view of the old city across the Kidron Valley. Our guide pointed out all thrkey buildings and routes that we were going to explore over the next days. On our side of the valley was the inescapable of thousand upon thousand of bare stone tombs packed as close together as possible, row after row after row, all ready in pole position for the Day of Judgement; no decoration or embellishment, just endless plain simple tombs.

At the bottom of the hill in the Kidron and back with the roar of traffic was the Garden of Gethsemane (olive press). And there were several extremely gnarled and twisted olive trees which date back at least s thousand years. I was reminded that I haven't really left enough room between the two olives trees I have in our back garden.

Lunch in a rather grand Catholic owned hotel where we bumped into the same Irish priest we had met two days ago with his flock of Mexican teenaged girls from Swiss finishing school.

Then on to the Holocaust museum. There was not going to be time to go round the main museum; instead our guide took us to thd garden of the righteous where we saw the memorial to Oscar Schindler and other non-Jews who had taken risks themselves to save persecuted Jews especially during WWII.

Then we were taken to the building where a flame burns in memory of all those who died, particularly in the Nazi concentration camps whose names are spelled out around the flame.

Finally to the remarkable monument to the memory of the one and a half million children who died at the same time. After a display of children's faces, you enter in near darkness a corridor lined with mirrors between which bounce the reflections of thousands upon thousands of star-like lights. A quiet voice reads out endlessly the name, age and country of origin of the lost children. Many of us were deeply moved.

Last stop of the day was the Israel museum. Two things to see here; a large scale model of the city before the capture by the Romans in AD 70. This was really interesting after our earlier panorama of how the city looks today. Finally the celebrated display of the Dead Sea Scrolls as well exhibits on the Aleppo Codex, the earliest major source for the text of the Hebrew canon.

Another version full day at the end of which there was probably no-one not thinking of a hot shower. 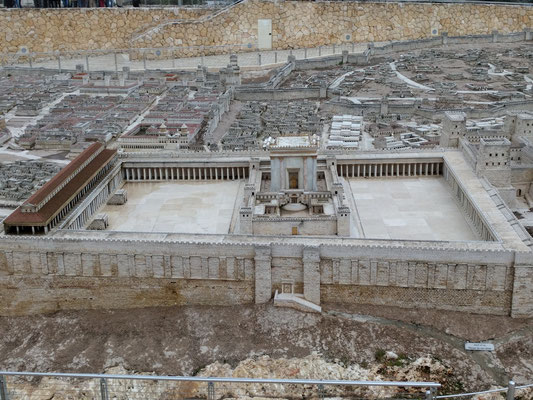 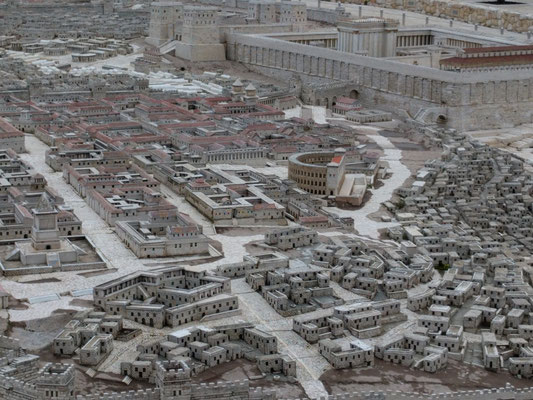 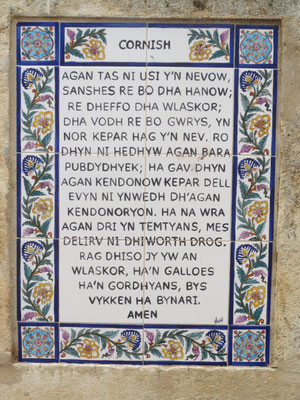 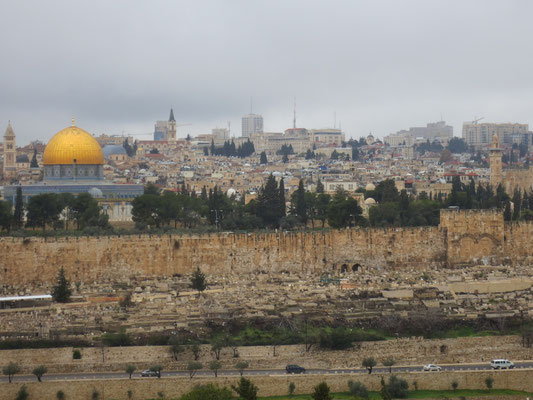 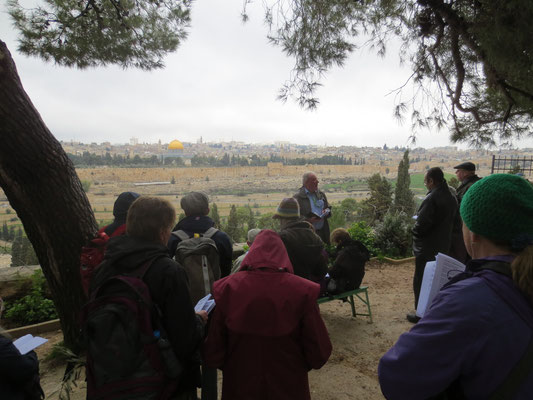