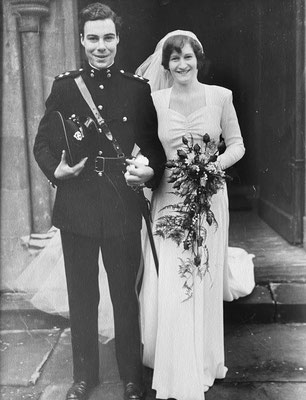 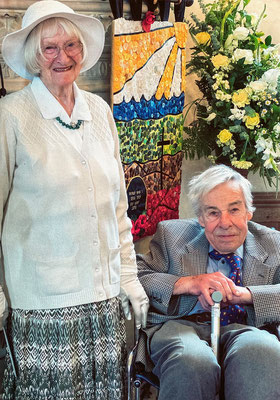 
"They met at the East Finchley Choral Society in London in February 1950. Beryl was an occupational therapist and Michael an Officer Lieutenant in The East Lancashire Regiment. They fell in love and married a year later. Almost immediately they were separated: Michael was posted to the Sudan and then to Egypt. It wasn’t until the summer of 1953 that Beryl was able to join him.

They were always on the move but in 1960 the family settled in Cambridge. Michael left the army, was accepted at Cambridge University and qualified as a Barrister in 1965. The offer of  a partnership in1969 resulted in a move to Carlisle where they lived until the early 1980s and where Beryl became a licensed Reader in the Church. Upon retiring they returned to Cambridge in 1985 where they have made their home ever since.

Michael was an exceptional musician and pianist, despite losing his hearing in his 30s. He was also a long distance runner, taking part in the London Marathon ten times! Beryl is a talented poet and has written some 200 poems, many of which can be found on the website of St John The Evangelist, Hills Road, Cambridge.  One of her poems won first prize in a national competition for religious verse in 2013. With characteristic generosity they decided to give her prize winnings to the church.

Michael and Beryl are devoted to each other and also to their family, taking great pleasure in their grandchildren and great-grandchildren. The last few years have been challenging but they have drawn on considerable reservoirs of courage and strength laid down over a journey achieved by only a few in life."

All of us at St John's wish Beryl and Michael all the best for this very special anniversary and hope we might be able to celebrate with them once the lockdown is over!

If you'd like to listen out, Classic FM will be dedicating a piece to them during their show on Wednesday lunchtime (12-2). 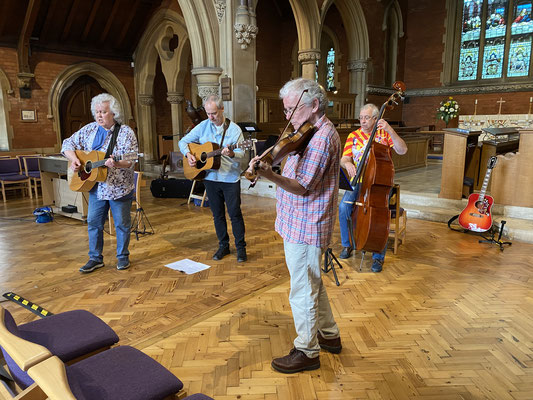 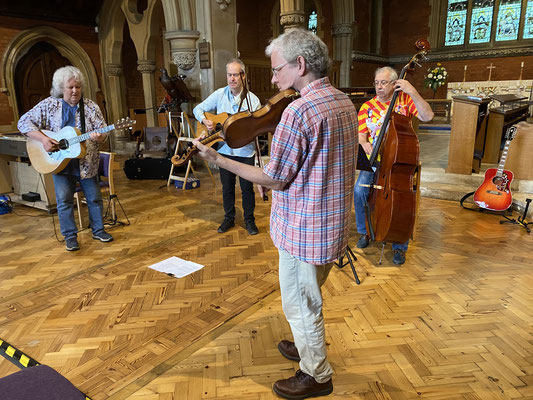