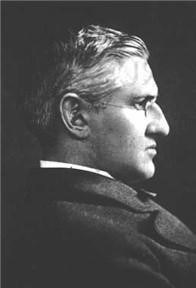 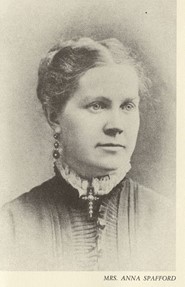 “What good is it for someone to gain the whole world, yet forfeit their soul?

Or what can anyone give in exchange for their soul?”

The word ‘soul ‘is mentioned 754 times in the Old Testament and 102 in the New Testament. So, what is our soul ? There are many varied and complex definitions, but a very simple one is:-

‘The spiritual part of humans as distinct from the physical part.’ (Oxford dictionary)

This thought then led me to thinking about the hymn ‘ It is well with my soul,‘ written in 1873 by Horatio Spafford, and the background story to this hymn. This story is one of tragedy, but also full of amazing faith.

Horatio Spafford was a devout, Christian man, a devoted husband to wife Anna and father to 5 children. He was a supporter of 2 great preachers of the time—Dwight Moody and Ira Sankey. In 1871 his young son died aged just 4 years old, and the same year the Great Chicago fire reduced his property investments to ashes.

To help the family to recover , Horatio arranged a trip to Europe for all the family, and to accompany and assist Moody and Sankey in their work. A problem with his business prevented Horatio from travelling with his family - he was to join them later. The passenger ship with his wife and 4 daughters on board collided with another vessel and sank. His wife survived but not so the children.

Horatio set sail as soon as was possible to join his wife who was now in Cardiff. When his ship was over the place where it was believed that his children had lost their lives, he wrote this inspirational hymn:

Whatever my lot , Thou hast taught me to say.

It is well, it is well with my soul.“

Horatio and Anna returned to Chicago and had a further 3 children. Their eldest, a son, died aged 4 as had his brother before him. The following year, the family left for Israel, settling in the old part of Jerusalem. There they ministered to the poor, sick and homeless and their work became the subject of a Nobel prize winning novel years later, ‘Jerusalem’ written by Selma Lagerlof. 1901.

Horatio’s story is an example of truly inspiring faith in the Lord. Perhaps that is why this hymn like no other demonstrates the power our God has to comfort our weary souls when the darkest tragedies overtake us. Our God will see us through any storm.

You can catch up with everything that's been happening, and is coming up, by downloading our Parish Voice newsletter.

We meet every 2nd, 3rd & 4th Sunday of the month (except August) during the morning service for crafts, stories, games and fun!

For any further information please contact the church office or email the team at revnellwhiscombe@gmail.com.