Thirteen men from Rathmore Road are known to have served at some time. At the start of the war there were 36 households in the road of which 22 had men of military age. One died in action; two died from illness contracted on service.

Mrs Brittain of no. 33 (formerly 21) Avondale, volunteered for the Red Cross at the First Eastern General Hospital from 1916-1919. This is likely to be Agnes P Brittain, wife of Arthur, greengrocer, who in 1911 lived in Victoria Park.

Thomas Herbert Guy Edwards of no.15 Clive Vale, Sapper 84426 Royal Engineers. Carpenter who enlisted 1915. Discharged unfit July 1917. Deafness in both ears.  “This is another glaring case of a man being passed with long standing disease of his ears. States Dr did not speak to him when he examined him on enlistment. Permanent. Not lessened. He can do his work as a carpenter.”

Lawrence Augustus Austin of no.8, Private 1792 1st Bttn Cambridge Regiment / Captain 3rd Brahmans. Awarded DCM for his work when in the trenches with the Leinster Regt at Ypres on 5.8.15. "For conspicuous gallantry and devotion to duty on 28th April 1915 east of Ypres. Corporal Austin formed part of the garrison of a trench held by antoher regiment, and when this trench was heavily shelled and enfiladed, and the parapet partly destroyed, repaired the parapet and by his gallant example steadied the other men. The losses in this trench were very severe. 5.8.15."

Youthful Recipient of D.C.M. — Lance corporal Laurence A. Austin of “A” Company 1st Cambs Regiment has been awarded the D.C.M. for gallant conduct in the field. Lance-Corporal Austin was with many others of the Cambridgeshire Regiment attached to the Leinster Regiment when a certain position was heavily attacked by the Germans. Full details are lacking, all that is known is that he was recommended for the medal by the Colonel of the Leinster Regiment himself. Lance Corporal Austin, who is not yet 18 years of age, is probably the youngest recipient in the British Army of the coveted medal. His parents reside at 8 Rathmore Road, Cambridge. (Cambridge press 2/7/1915)

A contemporary news paper account further records that Austin went to Morley Memorial School, he was employed in the Bursar's office of King's College and had previously worked for Messrs Peters, Elworthy and Moore in Downing Street and had assisted Mr Elworthy who was at the time Hon. Sec to the Recruiting Committee. He was in the choir at St Johns and was captain of the football club, The Sons of Temperance. His great grandfather fought at Toulon, Quatre Bras and Waterloo, and a great uncle served through the Crimea and the Indian Mutiny.

V W Sagon of no.10, Sergeant 103140 32nd Div. Signal Coy. Royal Engineers. In 1915 he was living in Reading. He was awarded the Meritorius Service medal. He died 8th June 1917 after contracting spotted fever/cerebro spinal meningitis.

Stanley John Hutt of no.20, Bedfordshire Regiment; Labours Corps 319 Prisoners of War. An assistant surveyor. He joined up on 21.12.14. On 24.3.16 he was late for guard mounting parade. On 10/10/17 he was reprimanded for not complying with an order viz not marching at attention when ordered.

Herbert Furniss of no.30, Private 51924 15th Bttn West York Regiment (Pals) - Lincolnshire Reg. He was gassed in March 1918. On recovery he was employed at the front as a stretcher bearer. He was killed by a shell burst 8th September 1918. 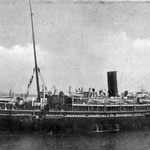 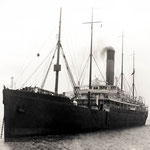 You can catch up with everything that's been happening, and is coming up, by downloading our Parish Voice newsletter.

We meet every 2nd, 3rd & 4th Sunday of the month (except August) during the morning service for crafts, stories, games and fun!

For any further information please contact the church office or email the team at revnellwhiscombe@gmail.com.